Shiitake mushrooms – Properties and how to cook them

In fact, the name Shiitake is derived from the Japanese word shii, which indicates a variety of tree similar to the chestnut tree. The word take, on the other hand, means mushroom.

From wild to cultivated

Thanks to the properties of this species of mushrooms, which are great allies of health care, we know that they have also been cultivated in China for at least 2,000 years. In fact, they are considered one of the first mushrooms to be cultivated in ancient China.

They are currently among the most widely consumed mushrooms in the world, and one of the most beneficial for health.

Its taste is considered more delicious and exotic than mushrooms, and very close to umami. Nutritionally, they are rich in essential amino acids, iron, calcium and zinc. Also in vitamins B and E and provitamin D, and in unsaturated fatty acids.

But it is thanks to its medicinal properties that this mushroom has achieved worldwide prestige.

The cancer-preventive properties of Shiitake mushrooms derive from their lentinan polysaccharide content. It is estimated that eating about 18 grams a day would reduce the overall risk of cancer by up to 45%.

The presence of the amino acid ergothioneine, an antioxidant, may also act as a cell protector, reducing the risk of cancer.

Whether fresh or in capsules, Shiitake mushrooms are one of a group of superfoods that help prevent cardiovascular health problems.

Its action is particularly noticeable on the circulatory system and blood pressure. 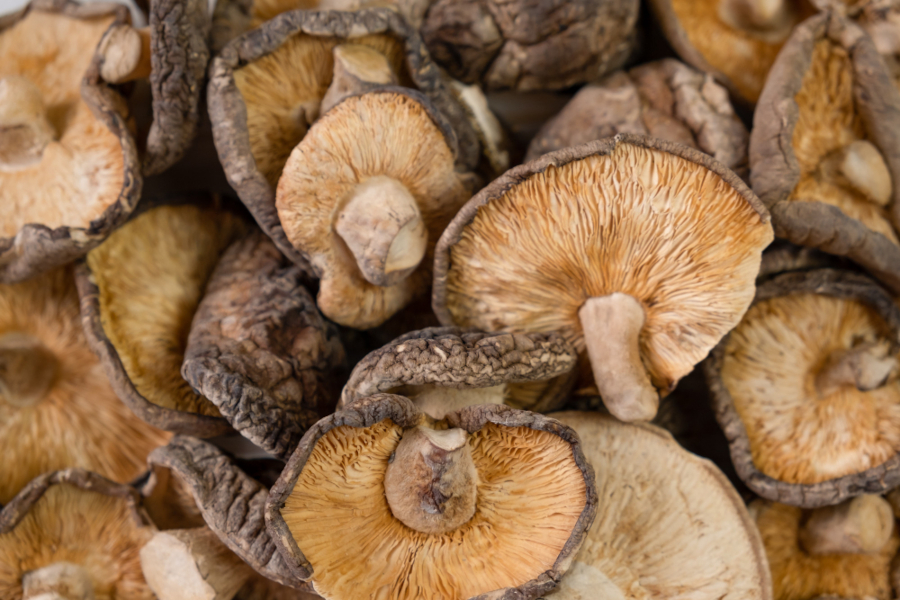 Shiitake mushrooms are also rich in beta-glucans. These natural compounds are closely related to the activation of the immune system, which is also a key factor in cancer prevention. But it has also been shown to lower cholesterol, thus reducing the risk of cardiovascular and liver diseases.

In studies also in Japan, where Shiitake mushrooms have been present in the diet for millennia, they have been found to reverse the symptoms of some viral fevers.

And they even influence the prognosis of tuberculosis, which is caused by bacteria.

Due to their vascular and anticoagulant benefits, Shiitake mushrooms are also attributed with aphrodisiac and libido-enhancing effects. Its action is not limited to erection in men, but also plays a role in arousal in women.

Shiitake consumption is even associated with increased fertility and improved prostate function.

Finally, in a way they can also be said to act as prebiotics, as they have a modulating effect on the gut microbiome.

As we know, there is a proven link between digestive flora and the immune and neurological system. In short, what we eat has a strong impact on both our physical condition and our cognitive performance. This is also the case for Shiitake mushrooms. 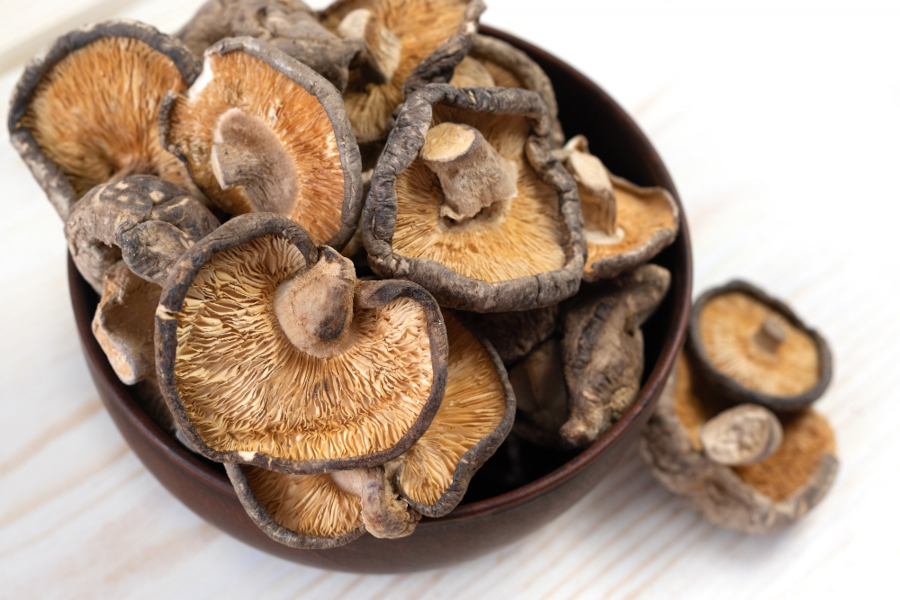 How to cook Shiitake mushrooms

In fact, there are many culinary varieties that welcome the presence of Shiitake mushrooms. From croquettes to ramen; with noodles and turnip greens; in pâté or broth. The only limit is the daring of the cook.

Some of the most interesting ways to cook Shiitake mushrooms, in our opinion, are:

Shiitake mushrooms can also be incorporated as ingredients for making energy bars at home. In combination with oats and sultanas, they make an ideal snack, e.g. before sport.

These sticks are a food with all the properties of Shiitake mushrooms detailed above. But in addition, due to the presence of beta-glucans, they also increase endurance and combat fatigue. And in recent times a new benefit has been discovered, which is that they increase the feeling of satiety.

To cook them we will use dried Shiitake mushrooms, which as we have seen above was the way they were supplied in the cholesterol studies.

Shiitake mushrooms in cream form are used for this preparation. It can be made from dried Shiitake, provided it is hydrated 24 hours beforehand.

The recipe is a twist on the classic cappuccino concept, a challenge undertaken by chef Iván Méndez.

Among others, you will need the following ingredients: San Simón da Costa cheese, fresh rosemary and vegetable stock.

Quiches are French dishes halfway between pies and pizzas. Essentially a quiche consists of a dough base and a filling, usually made from cream, eggs, cheese and other ingredients.

Adding Shiitake mushrooms to the mix can almost be seen as a natural evolution since a quiche, by definition, is a tremendously versatile dish.

You’re sure to have no objections to this recipe from one of Spain’s leading mushroom cooks, Gloria Lucía. You can try Shiitake ice cream at his famous restaurant El Empalme, in Zamora.

Or you can try to make it yourself by following his recipe. Again, you can opt for fresh or dried Shiitake. And the other ingredients are not difficult to find, as you basically need oranges, milk, sugar and cream.