What to see in Sobrado dos Monxes: 10 essential sites

What to see in Sobrado dos Monxes if you are spending a few days or are doing the Camino del Norte? We are in a place full of charm that has a lot to offer the visitor: historical vestiges, art and architecture, landscape.

In Abeiro da Loba we show you some of the attractions to visit in Sobrado dos Monxes. To find out more you will have to come and enjoy the live experience. Ready to get to know this area?

What to see in Sobrado dos Monxes: heritage and history

If you ask any local what to see in Sobrado dos Monxes, the first thing they will probably mention is the medieval Monastery of Santa María de Sobrado. After more than a century of neglect and a careful and respectful restoration, a visit is a must. It is not in vain that it is one of the milestones of the Camino del Norte.

What will you find? A complex made up of attractions such as:

The remains of the Roman camp of Ciadella are another of the places of historical and heritage interest in Sobrado dos Monxes. The first modern excavations date back to 1933 and after a few decades on hold, the search for remains was resumed in the 1980s.

Today it is a marked site where you can see the remains of the defensive walls and the spaces that formed part of the enclosure. The remains of several of its original buildings, dating from the 2nd century AD, have also been semi-excavated. C.

What is known could be discussed at length on another day. The best thing? Discover it on the spot. 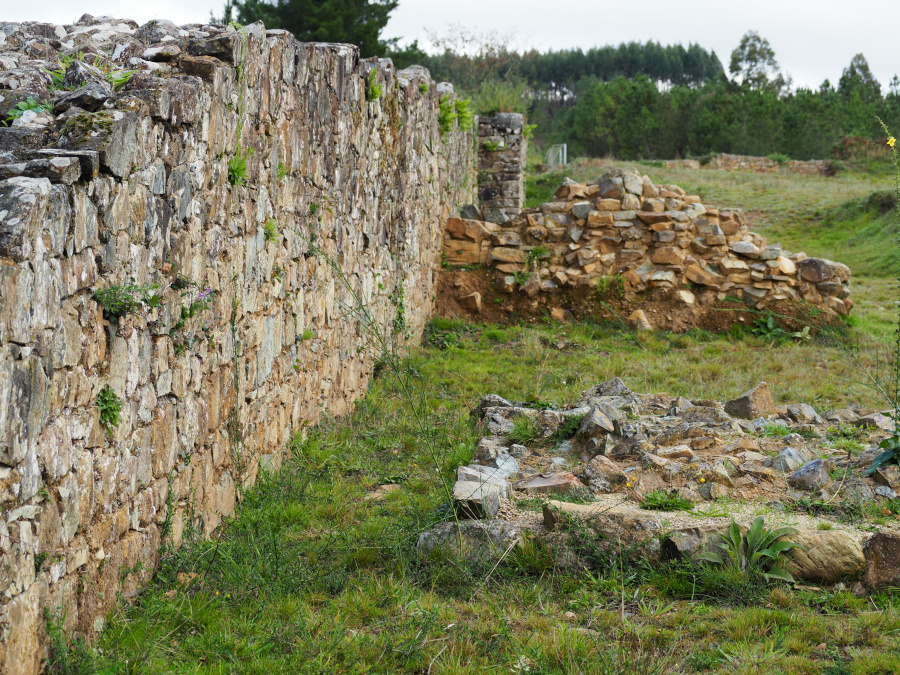 Sanctuary of Santa Columba in As Pías

If you are looking for charming places and things to see in Sobrado dos Monxes, you will enjoy visiting the small sanctuary of Santa Columba de As Pías. Here you will find a small hermitage from the 17th century with a very small chapel built in 1710 attached to it. Next to it you will see two outdoor crosses and a sacred fountain, next to a forest of oak trees with a few hundred-year-old holm oaks.

It is difficult to describe in words the atmosphere of the place. Many call it magic. And there are more than a few who attribute miraculous properties to the waters of its source. To form an opinion, you will have to come and see it.

Pazos, what to see in Sobrado dos Monxes

The dolmen of Moruxosa or Forno dos mouros is on the red heritage list. Even so, it is one of the best preserved in Galicia, and if you are wondering what to see in Sobrado dos Monxes, it is a recommended visit. Or precisely because of this, because if you leave it too long, maybe when you want to approach it you won’t see it exactly the same way as today.

It dates from the late Neolithic and Chalcolithic periods. Its chamber retains six ‘steeples’ and the ‘tampa’, although researchers believe that it is not in its original position.

There are other megalithic remains in the area. At present, 32 mámoas or burial mounds have been catalogued. Discovering them is a good excuse for hiking.

But it is not only the history and heritage that are interesting. If you want to know what to see in Sobrado dos Monxes, the natural heritage is another of its great attractions. In fact, the charm of the place would not be the same without its scenery. And it features some places that you are sure to enjoy visiting.

Sobrado Lagoon belongs to the Natura 2000 Network. It is almost circular in shape and occupies 10 hectares. It is very rich in flora, but above all in birdlife: kingfishers, shoveler ducks and teal are some of its inhabitants. If you are interested in ornithology or simply enjoy watching birds in their habitat, you will love it.

Other inhabitants include otters and marbled newts.

It is surrounded by trees at several points. It is home to aquatic vegetation such as water lilies and water spikes. And it even contains algal species that have not been identified elsewhere.

In reality, it is not a natural lagoon, but an artificial one, created 5 centuries ago. Between 1500 and 1530, the monks who lived in the area created a system of canals to provide irrigation water for nearby crops and to supply several mills. 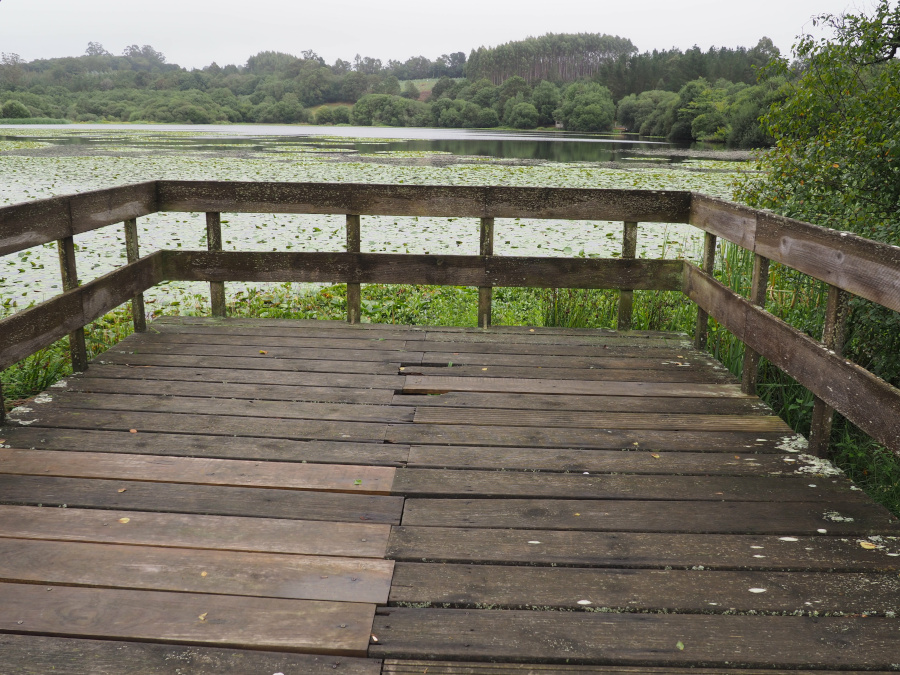 It is a wooded area full of charm and magic. Many scenes from the film El Bosque Animado, by José Luis Cuerda, were shot here in 1987. And it is an ideal place for hiking among its oak trees and also among its chestnut and birch trees.

Oak tree of the village of Portocal

It is the second longest-lived in Galicia and has a diameter of 647 centimetres at a height of 1.30 metres.

This mountain near Sobrado dos Monxes separates (or unites, depending on how you look at it) A Coruña and Lugo. It is the scene of many ancient legends.

Although it is currently on hiatus, it looks set to reopen soon.